On the 10th July 2019, the Drug Discovery Unit team led by Ian Gilbert, Kevin Read and Beatriz Baragaña were awarded the “Project of the Year 2018” from Medicines for Malaria Venture (MMV) for their discovery work on potential new drugs for malaria. The annual award goes to the scientific partners involved in that year’s most exciting project from the MMV portfolio. MMV is the world’s leading product development partnership (PDP) for discovering and developing new effective and affordable medicines to treat malaria. 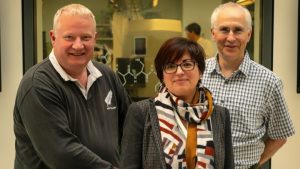 Wellcome Centre Anti-Infectives Research Conference ‘Setting our sights on infectious diseases’ was held at University of Dundee from 12th to 15th May 2019. It’s aim was to harness cross-disciplinary and cross-disease learning to accelerate drug discovery and reduce drug candidate attrition rates for infectious diseases affecting low and middle income countries. A focus of the discussions were on new ideas and technologies and how to apply them to diseases where challenges to drug discovery are hampering progress. 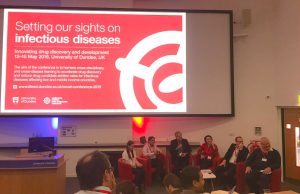 Scientists from the Biological Chemistry and Drug Discovery Division in the School of Life Sciences ran a wide variety of hands-on science demonstrations for the public in the University’s LifeSpace Science Art Research Gallery on Saturday 11th May 2019. This was part of the Wellcome Centre for Anti-Infectives Research’s Dundee Drug Design: Drug Discovery afternoon of activities and tours.

Our image was featured on the front cover of the 14 February 2019 issue of the Journal of Medicinal Chemistry. The picture is of the preclinical candidate for visceral leishmaniasis docked into a homology model of the active site of CRK12, superimposed onto microscopy images of Leishmania donovani-infected THP-1 macrophages. The edition features our paper ‘Identification of GSK3186899/DDD853651 as a Preclinical Development Candidate for the Treatment of Visceral Leishmaniasis’ J. Med. Chem., 2019, 62 (3), pp 1180–1202. 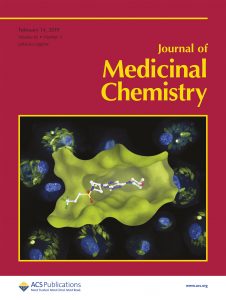 The DDU inspired illustrated children book ‘Kirsty’s Project: Searching for a New Medicine’ won the Brian Cox Prize for Excellence in Public Engagement with Research ‘Project of the Year’ award. The book was written by Suzanne Duce and Tracy Bayliss with illustrations by Daisy MacGowan. The book is about a young girl with a curious nature who visit the DDU as part of a school project. The middle part of the book is her report where she explains how the DDU scientists have developed a potential new drug for Leishmaniasis. This was a truly collaborative project involving input from staff and their children from across the School. The book has been translated into Spanish for GSK who ordered 1,000 copies. 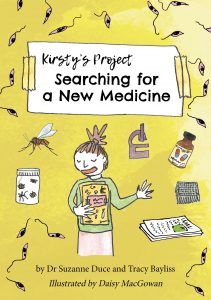 Ian’s second Nature publication in a month, ‘Challenges and Recent Progress in Drug Discovery for Tropical Diseases’ review, is published in the Insight Edition Topics (July 2018). 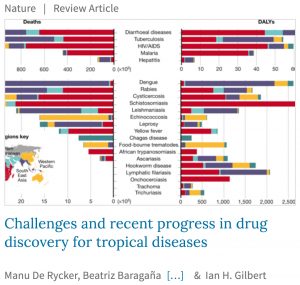 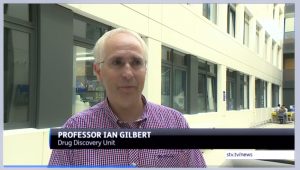 A team from the School of Life Sciences lead by Dr Suzanne Duce took their pop-up exhibition “Infection” to the International Society for Neglected Tropical Diseases festival at Wellcome Trust, London, where they won the ISNTD award for Art (February 2018).

The State of Innovation report by Clarivate Analytics ranks University of Dundee as the most influential scientific research institution in pharmaceuticals for the period 2006-16, ahead of the likes of Massachusetts Institute of Technology and the University of California Berkeley. For more information look at the SCOTSMAN and BBC websites (October 2017) 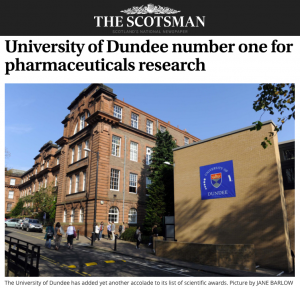 The Chancellor of the Exchequer, Philip Hammond, visited the Dundee Drug Discovery Unit at the University of Dundee (September 2017). 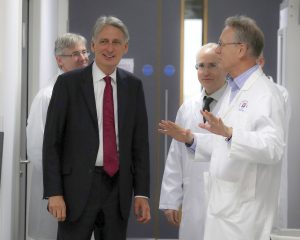 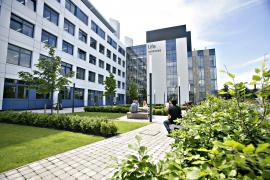 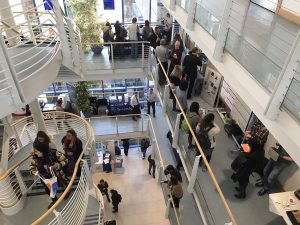 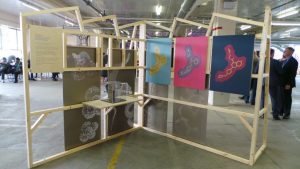 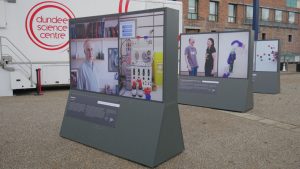 The Drug Discovery Unit at the University of Dundee has been awarded “Project of the Year, 2014” by the not-for-profit organisation, Medicines for Malaria Venture for their work on the new potential anti-malaria compound “DDD107498” (30th June 2015). 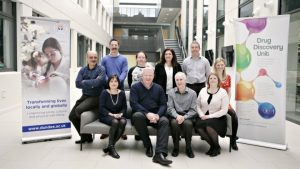 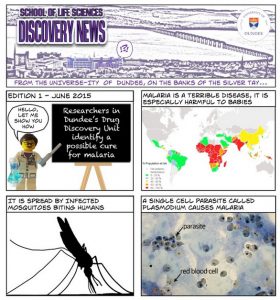 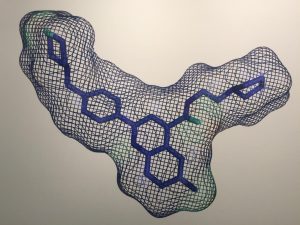 Sir Paul Nurse, Nobel Laureate and President of The Royal Society of London officially open the new Discovery Centre at the College of Life Sciences on Wednesday 1st October 2014 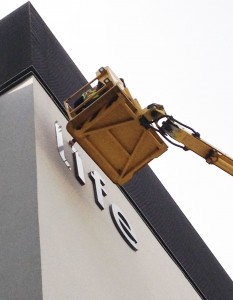 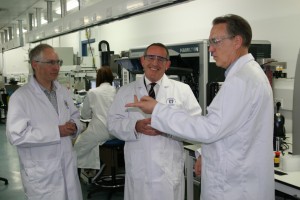 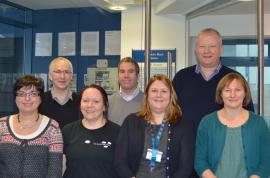 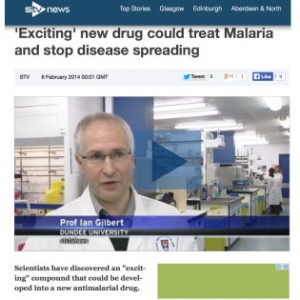 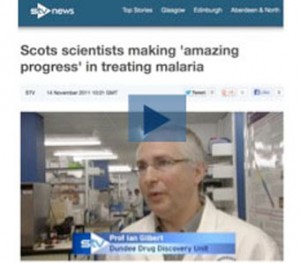 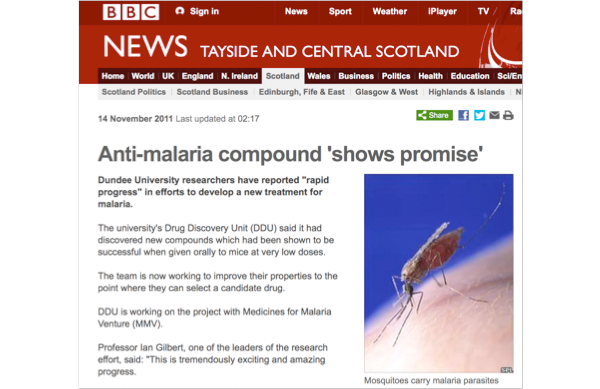 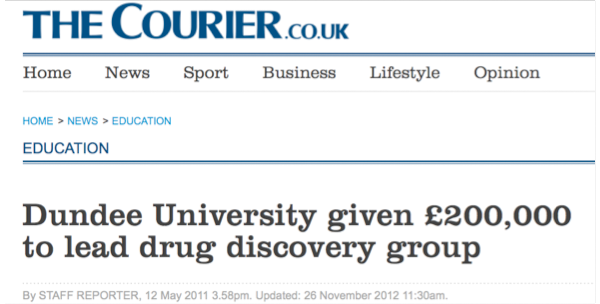 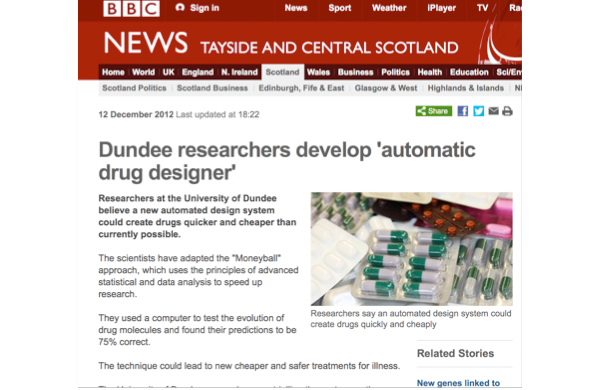