When painting with wee ones we seem to make a lot of footprints. This is great as they like the feel of the paint on their feet and it’s also a quick way for them to see their impact in the world through mark making when they stamp down their print. It’s also nice to keep prints to see how they are growing. If you are looking for something else to do with all those footprints then try this trail idea to turn them into a game. 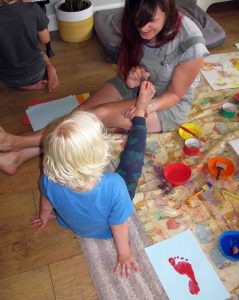 Start by painting wee ones feet or having them step into a tray of paint and then pressing their feet down onto paper. It’s a good idea to have an old towel ready to wipe off on or a bowl of water ready so it doesn’t get spread through your house. You can make as many footprints as you can, the more you have the better.

Once they have dried you can now cut out the footprints. If you have toddlers or pre-schoolers they could help you with this but it’s also fun to do it secretly after bed time so you can set up the trail as a surprise. If you don’t have enough footprints you can also cut round some to create extra. Once you have a big handful lay them out round your house or garden as a trail for them to follow. At the end you might want to hide a toy animal or have a little treat to find.

Children will enjoy recognising that it’s their own prints which have made the trail. You can play at having them jump from print to print or you can space them out a bit further so they have to hunt. If you ask them to do the trail backwards after they’ve found the end then you can keep the prints for another day. We’ve done this trail every day this week so far in different places as it was very popular. I had to stop leaving jaffa cakes at the end and switch to cuddly toys! 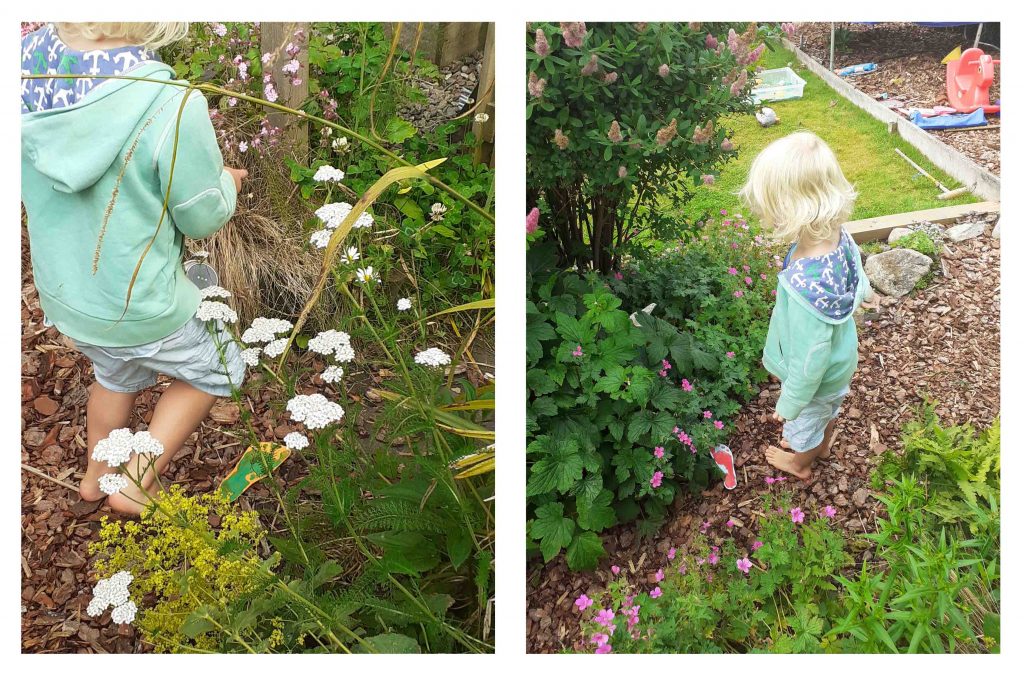