When people speak, they often produce gestures that are temporally and semantically coordinated with the concurrent speech. However, rates of gesture production vary depending on the situation and the individual. Several factors have been shown to influence within-speaker variation including the degree to which the elicitation task taxes the working memory system. This suggests that the processing capacity of individuals might also influence gesture rates, underlying between-speaker differences. In my research I’ve looked both at the sources of between- and within-speaker gesture rate variation.

Although I’ve not continued this research in recent years, I still offer an Advanced 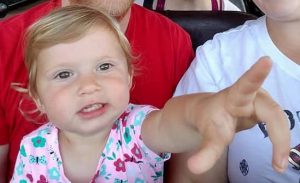 module on Gestures, Communication, and Cognition at honours and MSc level and supervise dissertation projects on gesture. These project have looked at gesture development, gesture in atypical populations, as well as gesture production and comprehension in adults.

Melinger, A. & Kita, S. (2004). When input and output diverge: Mismatches in speech, gesture and image. Proceedings of the 26th Annual Meeting of the Cognitive Science Society, Chicago, 950-955.