When speakers refer to a previously mentioned discourse entity, they can do this in a variety of ways, for example, using a pronoun or repeating an earlier produced noun phrase or name. 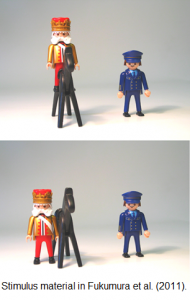