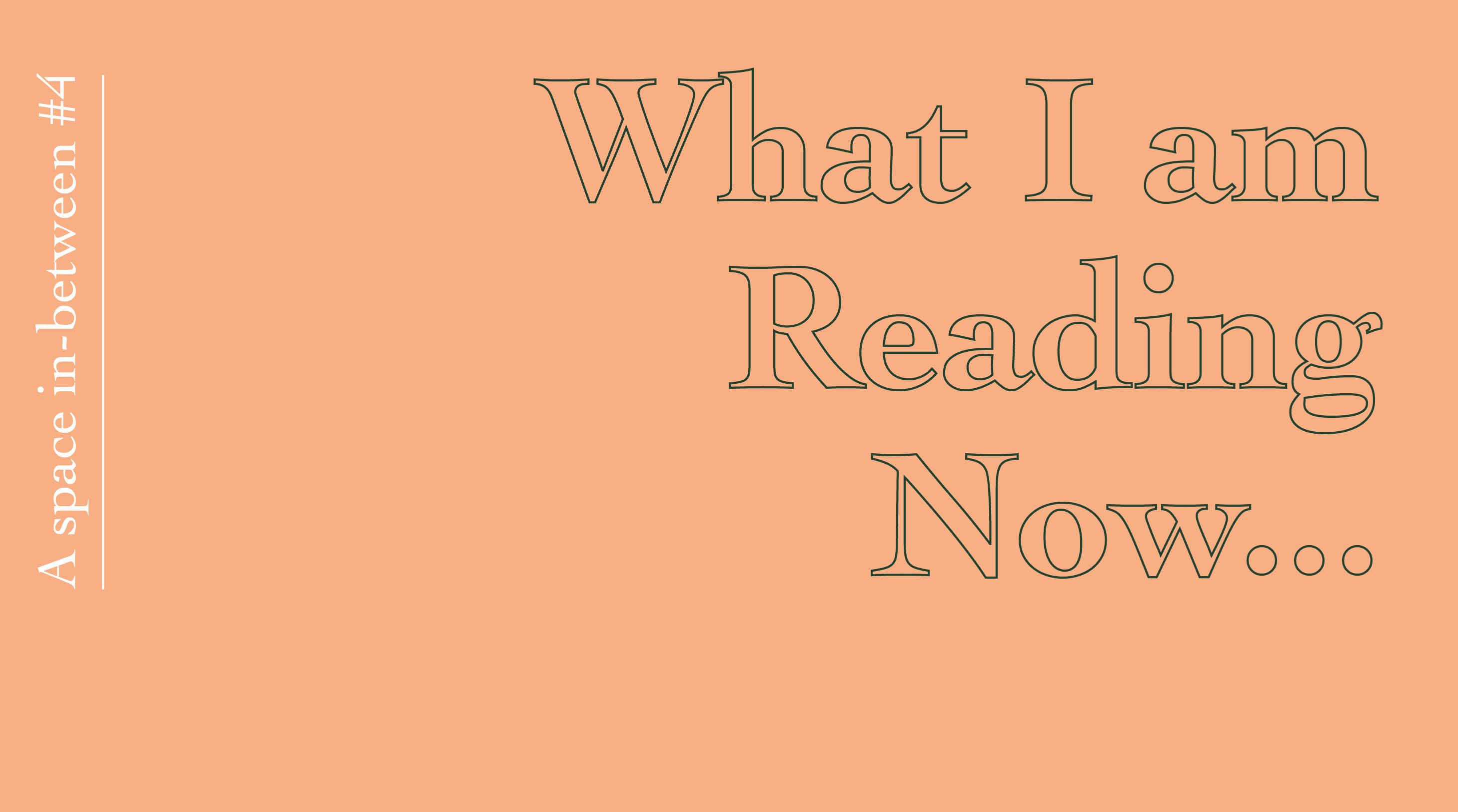 What I am Reading Now… is the online iteration of a printed column, of the same name in Cooper Gallery’s occasional periodical &labels.

This ongoing online iteration of What I am Reading Now… is influenced by the global political movement Black Lives Matter and invites Black practitioners and practitioners of colour to share, with a preface, a selection of five readings that are shaping their current thinking, research and practice.

What I am Reading Now…
Louis Chude-Sokei
September 2020

In times of political conflict and cultural confusion, one of the first things erased or that disappears is nuance. Even in the face of injustice, the complexity of the moment can be reduced to anthems, slogans and platitudes. We lose the struggle against cliché. This has often been the case with racial politics since race intersects with so many concerns that it seems ever unwieldy—class, sex, gender, power, desire, community, belonging, otherness. But resisting cliché is as crucial as political organizing. Not only is it a form of resistance central to ideological and cultural combat, it is also central to producing relevant art.

This is why literature matters so much in times like these, particularly work by those who fear cliché as much as they fear propaganda (arguably the weaponizing of cliché). Where criticism and theory can be easily ensnared in the slogans and doctrines of cultural and political struggle, literature can provide an anarchic yet necessary space of privacy. Privacy, mind you, not innocence. To read such books is to be implicated, and that is the point.

The five writers on this list may not be the ones most commonly summoned to represent racial ideologies or easy notions of resistance. They are, however, deeply committed to nuance and complexity, to the point of being contrarians in some cases, heretics. But they are all truly great writers, and are more necessary than ever in times when we think we know what side we’re on.

Louis Chude-Sokei is the author of the award-winning scholarly work, The Last “Darky”: Bert Williams, Black-on-Black Minstrelsy, and the African Diaspora (2006) and The Sound of Culture: Diaspora and Black Technopoetics (2016) and the forthcoming, Floating In A Most Peculiar Way: A Memoir (2021). He is also the editor-in-chief of the journal The Black Scholar and founder of the sonic art and archiving project, Echolocution. Chude-Sokei is a Professor of English and the Director of the African American Studies Program at Boston University.

What I am Reading Now…
Dr Francesca Sobande
August 2020

I am grateful for the work of Black women, feminists, and activists which has significantly shaped my thinking and writing, including my understanding of nuanced issues concerning anti-Blackness, intersecting oppressions, and harmful notions of “citizenship”.

The creativity and candour of Black feminists has helped me to learn about the lives and experiences of Black people in different parts of the world, and how such individuals are collectively organising to tackle interconnected anti-Blackness, sexism, misogyny, classism, colourism, ableism, homophobia, transphobia, xenophobia, Islamophobia, and other interrelated forms of oppression.

I find radical hope through the words and work of Black women, feminists, and activists who emphasise the liberatory and joyous potential of collective action, care, and creatively (re)imagining what the future can be. Black feminism is vital—from writing found on the pages of zines, papers, and books, to political messages communicated through visual, sonic, and media creations. However, the determined efforts and continued work of Black feminists should not be fetishised in ways that result in people demanding their work, labour, and time in fundamentally exploitative and oppressive ways.

The work of writers, activists, creatives, and scholars such as Beverley Bryan, Stella Dadzie, Suzanne Scafe, Akwugo Emejulu, Azeezat Johnson, Olive Gallimore, Gail Lewis, Melba Wilson, and Ama Ata Aidoo has been influential in my life and the direction of my work. Therefore, five texts that I highly recommend reading are:

Dr Francesca Sobande is a Lecturer in Digital Media Studies at the School of Journalism, Media and Culture, Cardiff University. Her work focuses on matters related to digital remix culture, Black diaspora, Black feminism, creative work, and popular culture. Francesca is author of The Digital Lives of Black Women in Britain which will be published by Palgrave Macmillan this Autumn.

On the problems and possibilities of feminist solidarity: The Women’s March one year on, Akwugo Emejulu (IPPR Progressive Review, 2018)

Black Women Organising, The Brixton Black Women’s Group and the Organisation for Women of African and Asian Descent (compiled and re-published by past tense in 2017)

What I am Reading Now…
Claire Heuchan
July 2020

In troubled times, I find strength in the words of Black women. And these are definitely troubled times. Police continue to brutalise and kill Black men, women, and children – often without ever being brought to justice. Five years after he died at their hands, the white police officers responsible for the death of Sheku Bayoh still haven’t been held accountable. State sanctioned violence against Black people is an ongoing reality. That reality is as painful as it is inescapable. But I have found sanctuary in the Black imagination.

These books have given me the energy not only to survive, but to resist. They carry stories filled with courage and resilience, vulnerability and insight. Audre Lorde once wrote that “if I didn’t define myself for myself, I would be crunched into other people’s fantasies for me and eaten alive.” Every essay, every poem, every testimony I have included is an act of bold self-definition.

Here’s some food for thought, words to nourish the soul:

Claire Heuchan is an author and award-winning essayist who blogs as Sister Outrider.